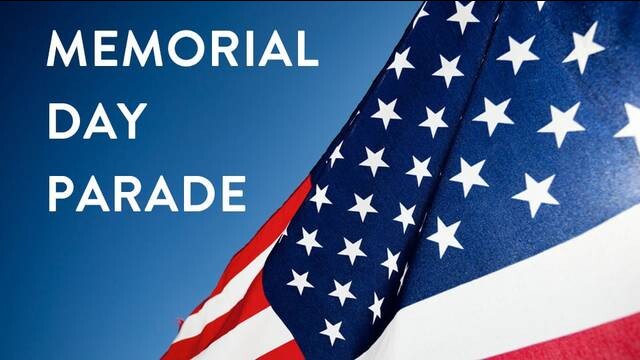 
We need at least 3 scouts and parents in order to march.

The Sudbury Memorial Day Parade, Ceremonies, and Program is held on the last Monday in May. Sudbury has formally honored its war dead for more than 100 years. The parade and ceremonies honor veterans of all wars that involved Sudbury residents starting with King Philip’s War in 1676.

The parade marches east along Route 20 then north on Concord Road, with stops at the Goodnow Library Civil War Monument, the Wadsworth Monument (King Philip’s War), and the World War II, Korean and Vietnam Memorials at Wadsworth Cemetery.

As the parade continues north on Concord Road, Girl Scouts and Brownies join the marchers at Our Lady of Fatima Church. At about 11 a.m. the parade reaches Grinnell Park in the town center for concluding remarks and final tributes at the World War I Monument followed by the Memorial Day Program.

Sudbury’s Ancient Fife and Drum will play, the Sudbury Minute and Militia and 12th Georgia Infantry will be conducting Drills and Musket fire along with American Legion Post 191


The main part of the parade will begin at 9:30 a.m. at Rugged Bear Plaza, 410 Boston Post Road, where the Parade Marshall, Boy Scouts, and a delegation from the Native American Cultural Center will join members of the Sudbury Military Family Network and veterans’ organizations, the American Legion, Veterans of Foreign Wars, the Sudbury Companies of Militia and Minute, the Sudbury Ancient Fyfe and Drum Companies, and Company F, 12th Georgia Regiment. Musket and rifle salutes will be fired at each stop by the Sudbury Companies of Militia and Minute, Company F, 12th Georgia Infantry, and the American Legion.

Musical selections are performed by the Sudbury Ancient Fyfe and Drum Companies and Girl Scouts along with musket and rifle salutes. The Sudbury garden clubs will dedicate the Blue Star Marker, and the United Native American Council will perform a ceremony of peace. Parade Marshall, Lieutenant Colonel Centurion, will be recognized, followed by her remarks. Finally the names of Sudbury veterans who have passed since last Memorial Day are read aloud. Taps will be played by Robert Coe and U.S. Navy Captain (Retired) Paul Mawn.

Memorial Day Activities begin at Heritage Park at noon. The Hosmer House, Sudbury Center, Old Sudbury Road, will be open May 28 from 10 a.m. to 2 p.m. The parlor will have a display recognizing town and school employees and those who worked on various town committees who passed away in 2017. The Hosmer House store will offer for sale cup plates, dolls, ornaments, books, and the popular Sudbury throws that feature Sudbury’s historical buildings. Refreshments will be served, and entrance is free of charge. The Sudbury Historical Commission welcomes all to visit the Hosmer House.

Hosmer House
The Historic Hosmer House is open to the public from 10:00 a.m. to 2:00 p.m. There will be collections of Militaria on display in the upstairs ballroom.